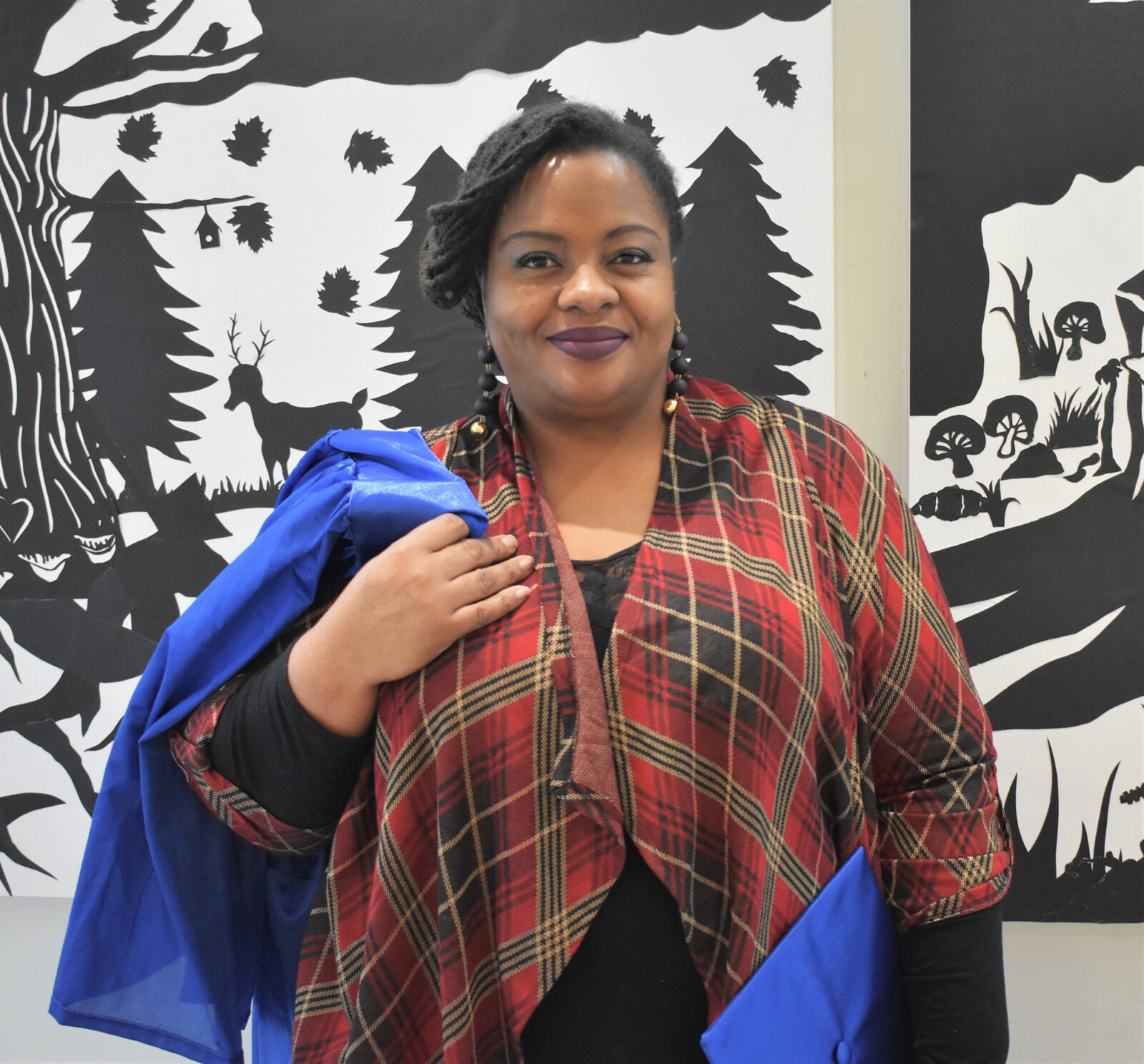 “I was scared to death,” Sharon Crawford thought as she enrolled at Tulsa Community College.

She had not been back to college in 20 years since she was at Oklahoma State University in Okmulgee for electrical engineering.

“Life happened, I had to drop out.”

Despite having to drop out, she was able to find a job that paid a good wage in health care. However, as more companies began to look for degrees, she seemingly had no choice.She had worked in health care for 20 years without a degree, but the company she was working for had been bought out, and was now looking for a degree.

“I always thought I didn’t need a degree, I could go get a job based off my experience, but something was changing.”

Stunned that she was not able to find a job in the field that she worked so many years in, she decided to go back to school after two years, and found herself at TCC. At the time, Crawford was not only dealing with adversity relating to finding work, but in her personal life as well. The same year that she was laid off, her youngest son moved away to college, and her mother had passed.

“I had to focus on myself; I didn’t have anybody else to motivate me” Crawford said.

Like many non-traditional students, this was something she had never experienced. She always worked to keep a roof over her children’s heads or to take care of her mother, but with her mother’s passing and her youngest child going away to college, she now had to think about herself and what she desired.

“I had started to put up walls to keep myself out of school” Crawford said.

“What am I gonna do in school with all these young people?”

With all these heavy thoughts and doubts on her mind, she took her leap of faith into TCC, and upon walking into the door she met wonderful people who gave her confidence in her decision to return to college.

Upon seeing success, Crawford began to find herself. She began to trust TCC’s process, and became more confident to continue her journey.

“I started getting involved in different programs. I started talking more. I started being introduced to me.”

Crawford got involved in TRiO, a federal outreach and student service program whose mission is to identify and help students from disadvantaged backgrounds. TRiO looks to assist low-income individuals, first generation college students and individuals with disabilities, urging them to gain a higher education.

“My experience with TRiO has been rewarding from my very first encounter because of the comfort, encouragement, and problem-solving efforts that gave me the courage to keep going and not give up. They made me realize that there are still genuinely good people in the world.”

Crawford became motivated and began to experience success. After earning her associates degree at TCC, she is now on her journey in pursuing a bachelor’s degree in public health. She found an online program at Kent State University for her bachelor’s degree through the University of Oklahoma’s accreditation list. Although she had just began at Kent State in August, she was already ahead of the game.

“Because of all the credits I accumulated [at TCC], I’m already considered a senior.”

Despite all the adversity, Crawford had been through,with losing her job, her mother, as well as her youngest leaving the house, through hard work and determination, she was able to begin her first year at her transferring university, as a senior.

“I get to carry my ancestors on my back, my mother in my heart, and my grandkids in my arms as I continue my journey because of the things I didn’t let hold me back.”

Crawford could have given up early on in her journey for a degree, but she desired more. That desire for a higher education pushed her forward, and it all started here at TCC.

“I want non-traditional students to know that they are capable of doing it,” Crawford said.

“I want to encourage them not to give up, to continue on their journey, cause I know exactly what they’re going through.”

Crawford is going to seek her master’s degree and potentially a doctorate after she earns her bachelor’s at Kent State.

“Resilience gets you there. Consistency keeps you here. Gratefulness encourages you to continue.”