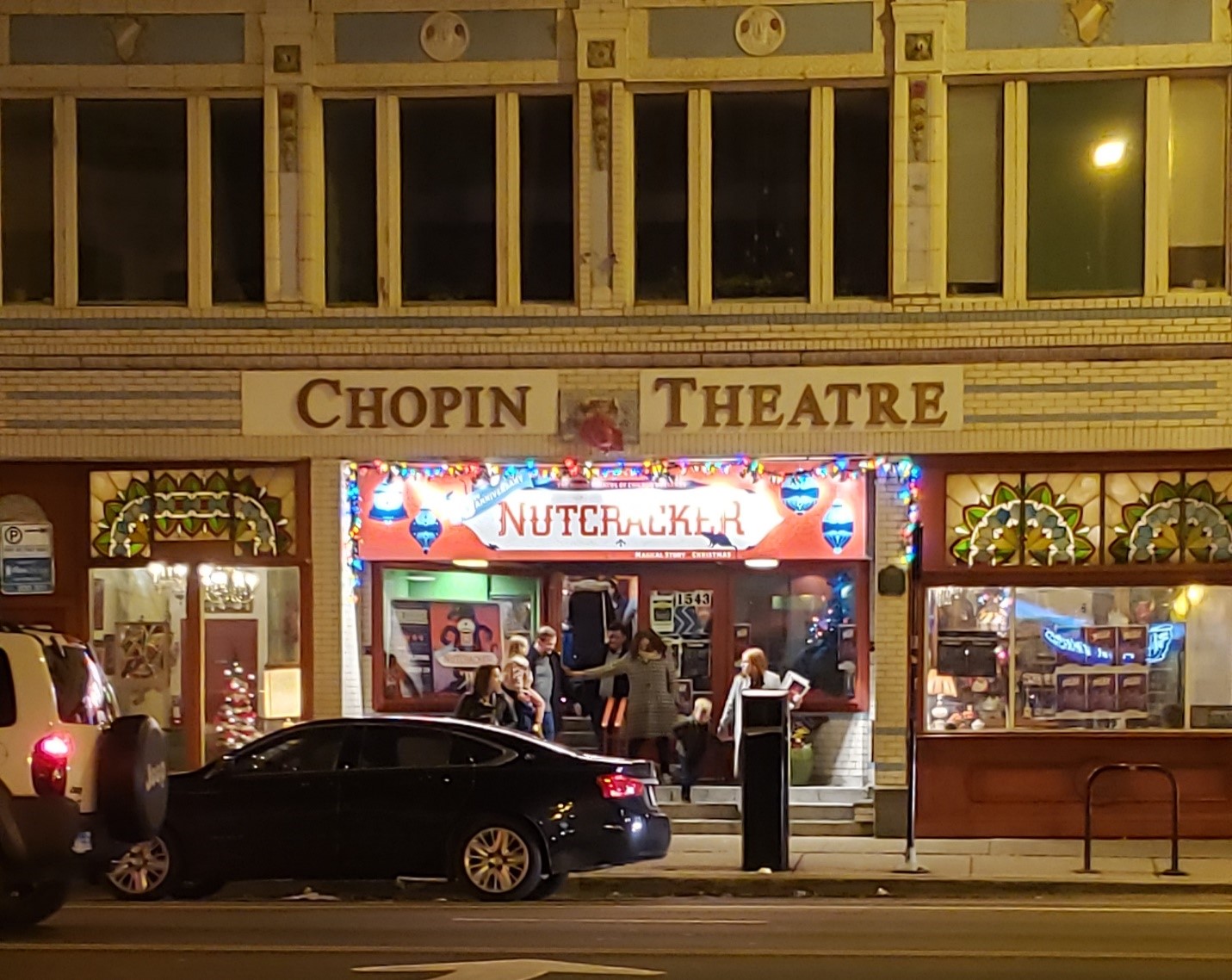 “The Nutcracker” at Chopin Theatre, otherwise known as the Chicago House Theatre, was not a traditional rendition of the ballet or play that audiences usually think of when they hear the name “The Nutcracker”. Much of the plot points differed from that of the original play but this variation followed the same tale loosely.

The play revolved around Clara’s family after the death of her brother Fritz last Christmas, and how Clara and her dads are coping with the grief of losing their loved one during the anniversary of his death and favorite holiday. There were two definitive moods and tones within the play. Overall, the actors’ incorporation of a psychological lens helped to immerse the audience in an abstract adaptation of “The Nutcracker”.

The mood in the play alternated between grief and love to convey what the spirit of Christmas was at the theatre’s adaptation of “The Nutcracker”. The tone shifts very quickly from excited and jovial to full of heartache and grief after the family learns that Fritz has died at war. Several scenes later, aunt Drosselmeyer arrives for the annual Christmas party, and young Clara receives a nutcracker handmade to look like her dead brother, Fritz, and the play takes its turn into the psychological lens.

“The Nutcracker” used the psychological lens to capture the how love and grief can play a role in getting lost in a place in between fantasy and reality. After Clara unwraps the nutcracker from aunt Drosselmeyer, she begins to get into trouble for trying to stop her Dad and Pop from cancelling Christmas by telling them her toys have come to life and that her brother has been turned into a nutcracker. Being reasonable adults, Dad and Pop begin to think Clara has lost her mind.

The actors’ effectiveness in bridging the gap between fantasy and reality was amazing. Due to the unique layout of the stage, or lack thereof, the actors performed in a circular arena and worked hands on with the stage crew to move props in front of the audience without being noticed. This was accomplished with the arrangement of six different door props which opened and closed, and lights dimming to create a fully dark theatre.

Sometimes the lights would only dim out in a certain area or create an illusion by using the spotlight to distract the audience’s attention from scene changes. The high energy levels required of the cast just to keep up with their fully immersive environment without a curtain or backstage area near the stage was admirable. It was obvious by their use of cues for scenes and prop changes being done so meticulously that the actors were very experienced at Chopin Theatre.

This performance had more purpose than entertaining its intended audience of families with an old and beloved holiday story – the performance was centered around inclusion of people of all races, sexualities, and disabilities. The adaption featured a diverse cast including, same sex parents, an African American son, a Caucasian daughter, and a one-eyed aunt. The musical numbers were themed around inclusion as well, even making mention of vegan cookies and explaining why it is important to use vegan recipes.

The manner in which the actors spoke directly to the audience but did not break out of the scene or their character contributed to making it even more family oriented. Families watching a story about a family but being looked at and talked to throughout the performance added to the uniqueness of the adaptation. The actors centered much of the play around the children in the front rows.

One method used by the actors to do this was coming out during intermission and in full character dancing and playing with the children in the middle of the performance area after the fake snow had been dropped from the cut scene of Act 1. This abstract adaption of the classic “The Nutcracker” uses its dual mood and tone to focus on themes of grief and love. A combination of the experienced actors, and elements incorporated into the performance fueled a unique experience for the audience at the historic theatre.

The performance was centered around its unique stage area, that not only allowed for the audience to view from an interesting view, but also promoted direct interaction between the cast and audience. Though a different take on the story, Chopin Theatre’s “The Nutcracker” still follows the basic themes and plot of the original. Despite the giant eight headed rat monster which could be likened to Cerberus from Dante’s Inferno, I’d recommend this play to anyone in the Chicagoland area for its cost friendly and high energy experience, in the newly revamped Polish Triangle of Wicker Park.