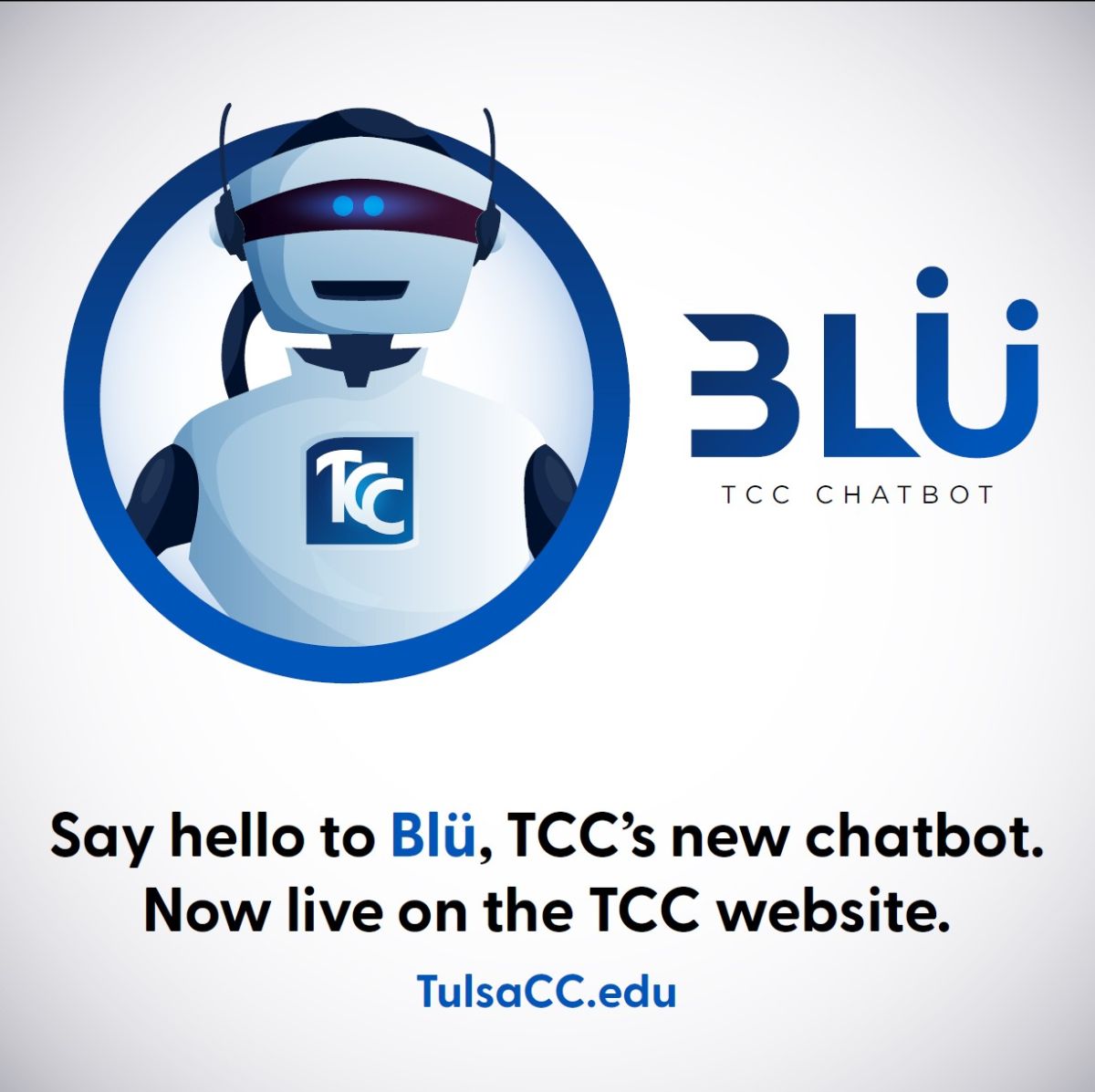 If you have been on the Tulsa Community College (TCC) website recently, you may have noticed a new feature. In the lower right-hand side of the page is a blue dialogue box. This tool lets you engage with TCC’s first ever virtual assistant. BLU is a chat bot, which was funded by the TCC Foundation, and was launched in December.

Laurie Tilly, a strategic marketing consultant for the college, is one of the individuals behind the inception of BLU. After meeting with representatives at the college, a question was asked how to respond to frequent student inquiries during after-hours and after staff were no longer available for the day.

Tilley explains the inspiration behind Blu, “The web team and I started looking at a lot of the numbers and found there was a lot of web traffic between the hours of seven and nine at night. Then from 11[p.m.] to midnight. How are we going to meet the needs of those students during those times?”

From there, Laurie and the web team began researching companies that could offer a virtual chat bot to help students. On Dec 22, BLU was officially launched. In the first few weeks, more than 2,200 individual users used the virtual tool.  “The window I looked at was from Dec. 27 to the end of January., We had 8,696 questions, which amounted to about 14,000 interactions,” Tilley explained.

BLU offers a two-way texting feature. This helps the college to better serve current and future students. BLU answers the same from text as it does on the website. This feature was tried out during the first two weeks of school when Blu reached out to students.

“We did a test with new students only and so we sent over 2,595 text messages just saying ‘Hey we are Blu. You are going to be hearing from me. Even though it was just to introduce itself, 477 people replied. Hopefully, we’ll just get more strategic about how we communicate and not over communicate. ” said Tilley

Tilley mentioned that “It’s been a very intuitive platform”. BLU started out with a list of about 1,000 understandings but learns as it goes. This helps BLU grow its knowledge database.

“The goal is to help students with answers for the most commonly asked questions. This will be an ongoing project for the college. Lydia Mauldin, admissions and prospective student coordinator at the college, is the main contact for BLU.

“If BLU cannot answer something specifically, it goes to her (Lydia).”. Then, she can refine the answer and that will become the answer. This helps the platform learn how to better help individuals with specific questions. “

BLU is being reviewed and analyzed to continue to respond to students’ questions and concerns. BLU will be serving many purposes for students.” “The goal is to make sure that we’re helping the students. As the student was able to get their questions answered so that they didn’t have to wait for business hours, then that’s a good thing,” said Tilly

The leadership behind BLU believe this is about TCC being more responsive and getting information to students when they need it most. The college is excited to see how BLU continues to grow in the years to come.