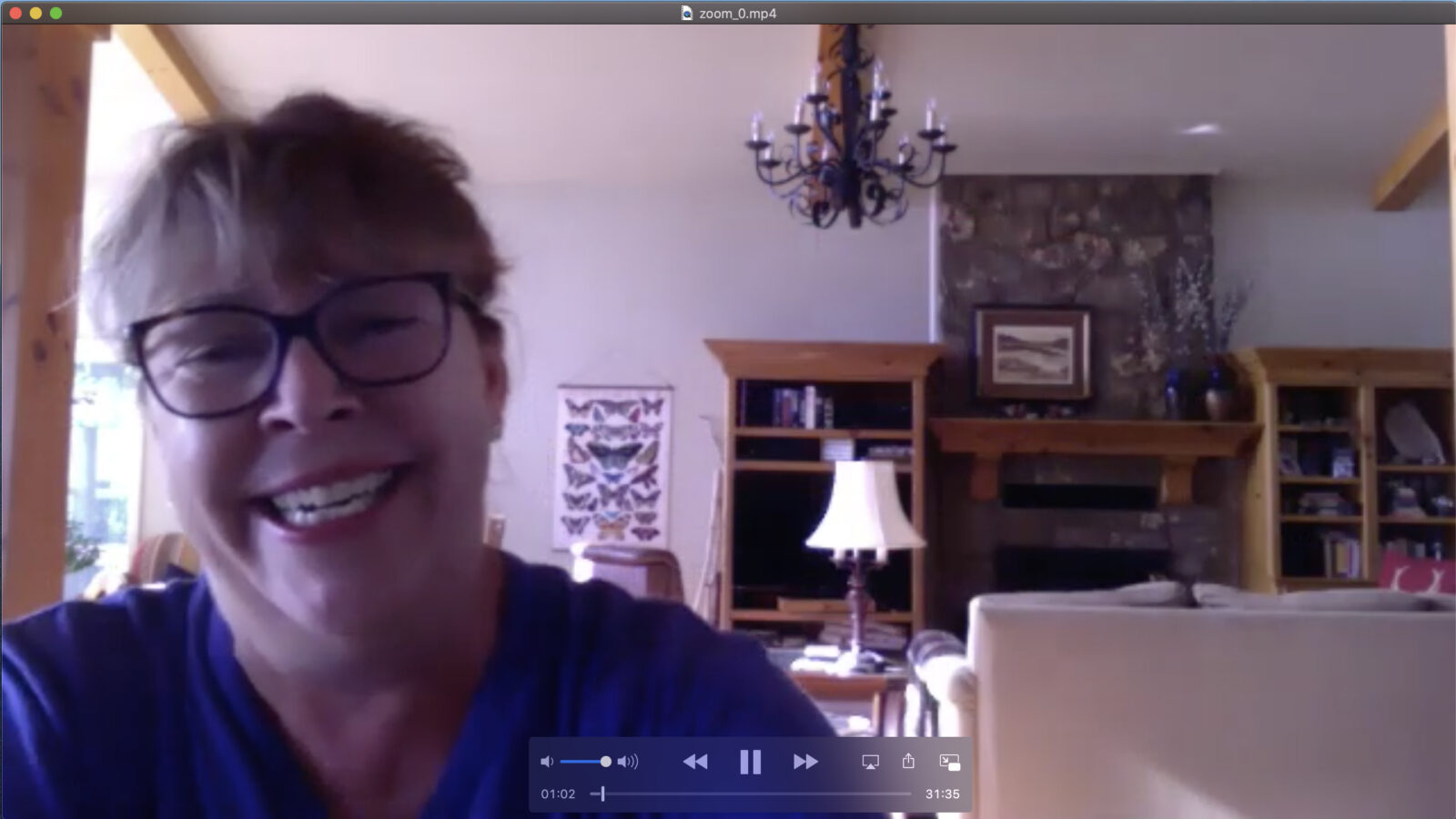 Talk to people about Cindy Hess’s time as Tulsa Community College (TCC) chief academic officer, and they laud her many initiatives to streamline and reshape the institution we know today.

More of that in a moment. But first, there is the lemon story. (Keep reading to the bottom for the french fry story.)

Seems some colleagues once attended a function at Hess’s home and while there, they decided to play a practical joke on Hess – herself a notorious practical joker. Someone (it might have been Dr. Angela Sivadon, but she blames vice president Kari Schults) secretly redistributed a display of lemons in Hess’s kitchen, placing yellow citrus fruit all around her house.

“I would get up the next morning and there would be little lemons in all these random places. I opened the refrigerator and there’s a lemon staring at me. Pull back my bed, there’s a lemon,” recalled Hess, who officially retired Aug. 1, but she got the last laugh on Sivadon who is succeeding her as academic chief.

Apparently, when Sivadon moved into Hess’s old office, she opened a desk drawer to find, you guessed it, a lemon.

The sour fruit struck a bittersweet tone for Hess as she looked back on her five-year tenure atop TCC academic affairs: “Anytime you’re doing a lot of hard work, if you don’t get some lemons, you’re not digging deep enough.”

Joking aside, faculty and administrators named a long list of initiatives they see as the legacy of Hess, including a comprehensive reorganization of academic schools, the Guided Pathways and transfer program, faculty promotion initiatives that have raised the game for professional instruction at TCC, and the pivot to online learning during COVID-19.

Persons interviewed for this story spoke of Hess and TCC president and chief executive officer (CEO) Dr. Leigh Goodson as a one-two punch working to implement changes that while hard, made a positive effect.

“Dr. Goodson and I have been a good pair because we both believe very strongly in making sure that our students have the best opportunity that we can provide them, and that meant, for us anyway, looking at the national literature and what makes a difference for students, both in the classroom and outside the classroom. And we knew that before we could do anything related to that we had to reorganize the college,” she said

Hess said she felt that when she took over, a reorganization seemed imperative if other initiatives were to be successful. The four campuses functioned, in essence, as four separate colleges, she described, so consolidating departments across campuses into seven schools led by deans was a major first step and one that created cost savings at a critical time.

“We had to do the reorganization really quickly because the one thing that we knew was that we wouldn’t be able to get anything done as long as we had four people in charge of the same thing on every campus. So, we did that.”

Reorganization better positioned TCC to become involved with the Pathways Project, a national project launched through funding by the Gates Foundation. The Pathways model sets out detailed course plans for students based on their desired outcome to immediately enter the workforce or transfer to a university.

“We were lucky enough to get into this Pathways Project, which really is about redesigning every single thing that we do to make sure that it matches what is best for students. … What courses are required? Are they offered every semester? What should they take first, second, third? That kind of thing. We didn’t even have that… We weren’t as intentional as a college, and many colleges weren’t, which is why the Bill and Melinda Gates Foundation funded this whole project. We weren’t being intentional about designing our processes and our structures within the college to maximize student success,” Hess explained.

As part of the Pathways initiative under Hess, the college expanded advising so students have greater guidance in choosing only courses that will help them toward completion.

Implementing Pathways has meant some courses were eliminated in favor of courses that are known to transfer. The effort included strengthening and standardizing academic policies, like late enrollment and class start and end times across campuses.

“We could count up maybe, you know, 20 of those sorts of things that have made a difference and made a shift in the way we look at things and the way we design our processes,” Hess said.

During her tenure as chief academic officer (CAO), Hess also focused on faculty training and development. For instance, she implemented rank and promotion of faculty to full professor – something almost unheard of for a community college.

“We wanted people to be able to strive and demonstrate their excellence,” Hess said. “We had faculty start at assistant professor, then move to associate professor and now full professor. Six years later, you don’t want them to stop at that. And even after (full) professor, we need to be developing a post-professor review kind of situation just to make sure that people are continuing to learn. There is so much for faculty to learn, so much for administration to learn as well. I always believed that everybody ought to be learning. It’s not just students who should be learning. I mean, this is our business.”

Pam Kannady of the English department was among the first group of faculty promoted to full professor. She sees it as not only reward and distinction, but investment in future development of educators that will benefit students.

“There’s a monetary value (in salary increase),” Kannady said, “but there’s also an expectation that those people who are promoted to professor will also be charged with leading those that come behind us, that will take initiative in curriculum development, professional development. … I think that’s the biggest thing.”

Goodson was asked how she and Hess made such a good team.

“You know, I think that we really complement each other. Her skills are different than my skills. She sees things through the lens of the faculty, which was always helpful. While I do have some faculty experience, I don’t have the depth of knowledge that she does on the academic side, and so she was always able to bring that perspective to the table. … And she was always able to determine the right cadence for which we should proceed with some sort of solution or progression or initiative.”

Dr. Kirk Brewer, past president of the Faculty Association, described Hess as “practical, easy to work with” and someone armed with a “faculty mindset.”

“They listen to and value faculty input. They want to support and reward what faculty are doing,” he said. “They’re someone who’s willing to have a conversation about something and look at it from what are the ramifications of these decisions to the faculty who are working directly with the students. Probably in a community college even more so for most students, the college is the faculty. That’s who they come in contact with. That’s who they see the most. That’s who they hear the most.”

Sivadon said Hess is a collaborative leader who helps others arrive at decisions. “She is the kind of leader that helps people. She very much empowers you to do your job and to make the decisions. She’s a supportive kind of leader to me, and I think she definitely leads by example, without a doubt. She’s not a micromanager.”

Kannady acknowledged the fruits of labor – the lemonade from lemons – attributed to Hess.

“Even though we got sort of frustrated with all the changes, I think we’re now seeing those changes are paying off. Ok, so the work was hard, but I think we’re seeing some payoff from that.”

Brewer agreed: “What normally would have been done over five years, they did in less than two, and it showed. I mean, it hurt. There were some battle wounds because of that, but it was what needed to happen. And I think we’re a much better college than we were seven years ago, six years ago. I think we’re much more student-focused.”

Now to the french fries: Goodson was asked to share a funny story about Hess, and she recalled how they broke the ice by splitting some fries at their first lunch together as CEO and CAO.