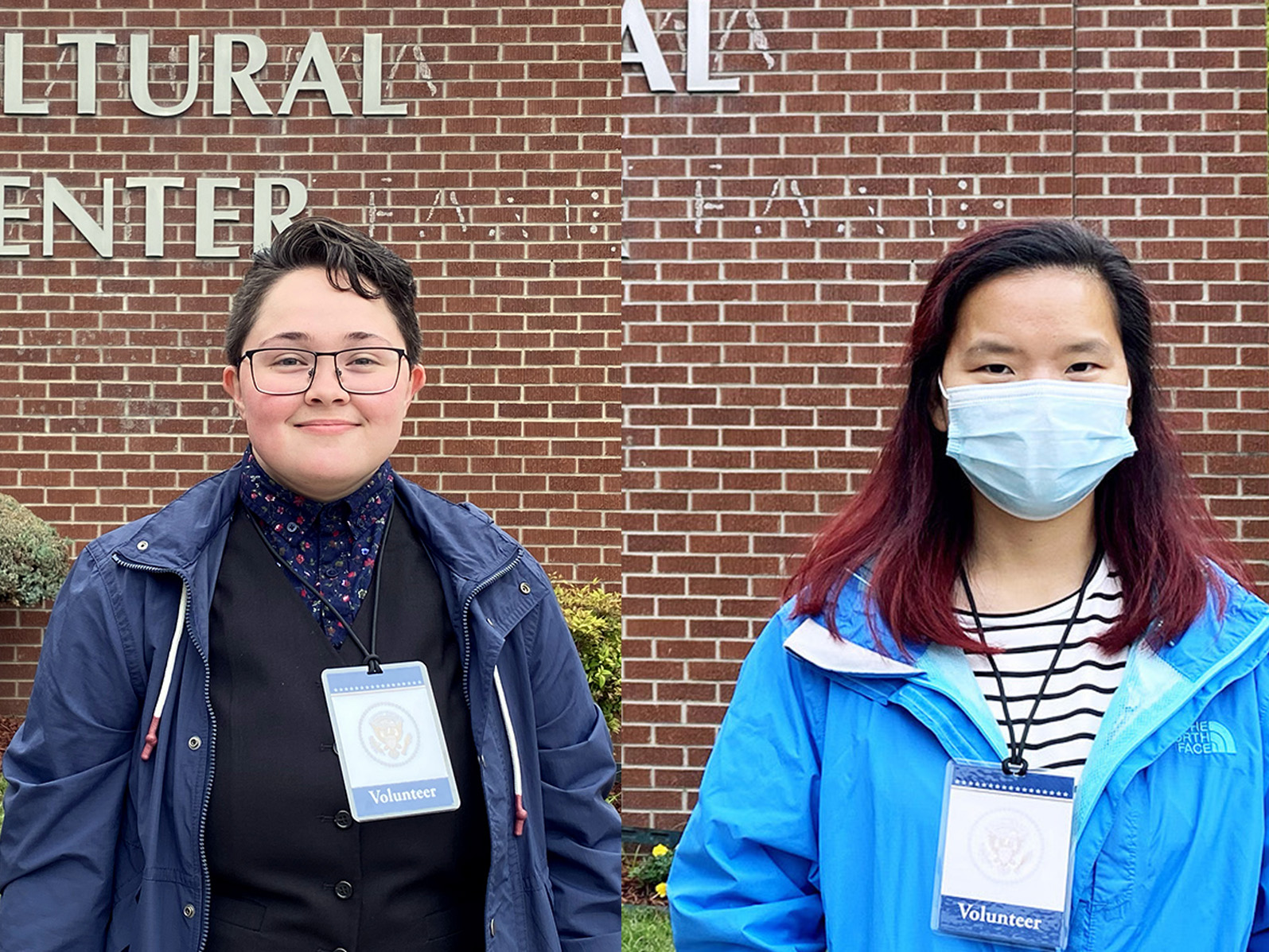 On June 1, President Joe Biden met with the survivors of the 1921 Tulsa Race Massacre and delivered a speech recognizing the importance of commemorating the event at the Greenwood Cultural Center in Tulsa.

The students learned about the volunteering opportunity from Jerry Goodwin, TCC assistant professor in Mass Communication and Digital Media.

“I had been looking around for different opportunities to get involved in the community, especially after staying home for a majority of the past year and a half due to COVID-19,” said Levrault.

“I was assigned to greet guests and the media and escort them to their respective rooms where Biden gave his speech,” Fuhrmeister said.

Levrault spent the first half of her time at the vehicle check-in point for guests.

“I checked the names of those attending with the selected individuals who would go on to enter the Cultural Center for the President’s speech,” she said. “If they were approved, they would move onto the Secret Service checkpoint. If they did not receive a clearance, they were advised to park in a nearby lot and attend as a member of the public outside of the center.”

“I spent the second portion at the front entrance of the Cultural Center welcoming and opening doors for guests and staff alongside other volunteers and Secret Service,” Levrault added.

Later, the volunteers joined the attendees inside the center to meet the President. Levrault was able to see Biden from 40 feet away and listen to his speech.

“I appreciated President Biden acknowledging that “this was not a riot. This was a massacre.” To begin healing, we must acknowledge what has happened to Greenwood and to never forget,” Fuhrmeister commented.

“Once Biden’s speech was concluded, the local volunteers helped direct press and guests out of the building,” said Levrault.

“I was honored and excited to participate, not just for the chance of interacting with the president and his team, but with the chance to meet and work with so many members of the community,” Levrault concluded.

Fuhrmeister added, “Volunteering at the Greenwood Cultural Center has been humbling, and I hope to do more volunteer work similar to this previous event.”

To find out more about volunteering opportunities for students, contact your TCC professors or TCC Student Life offices.