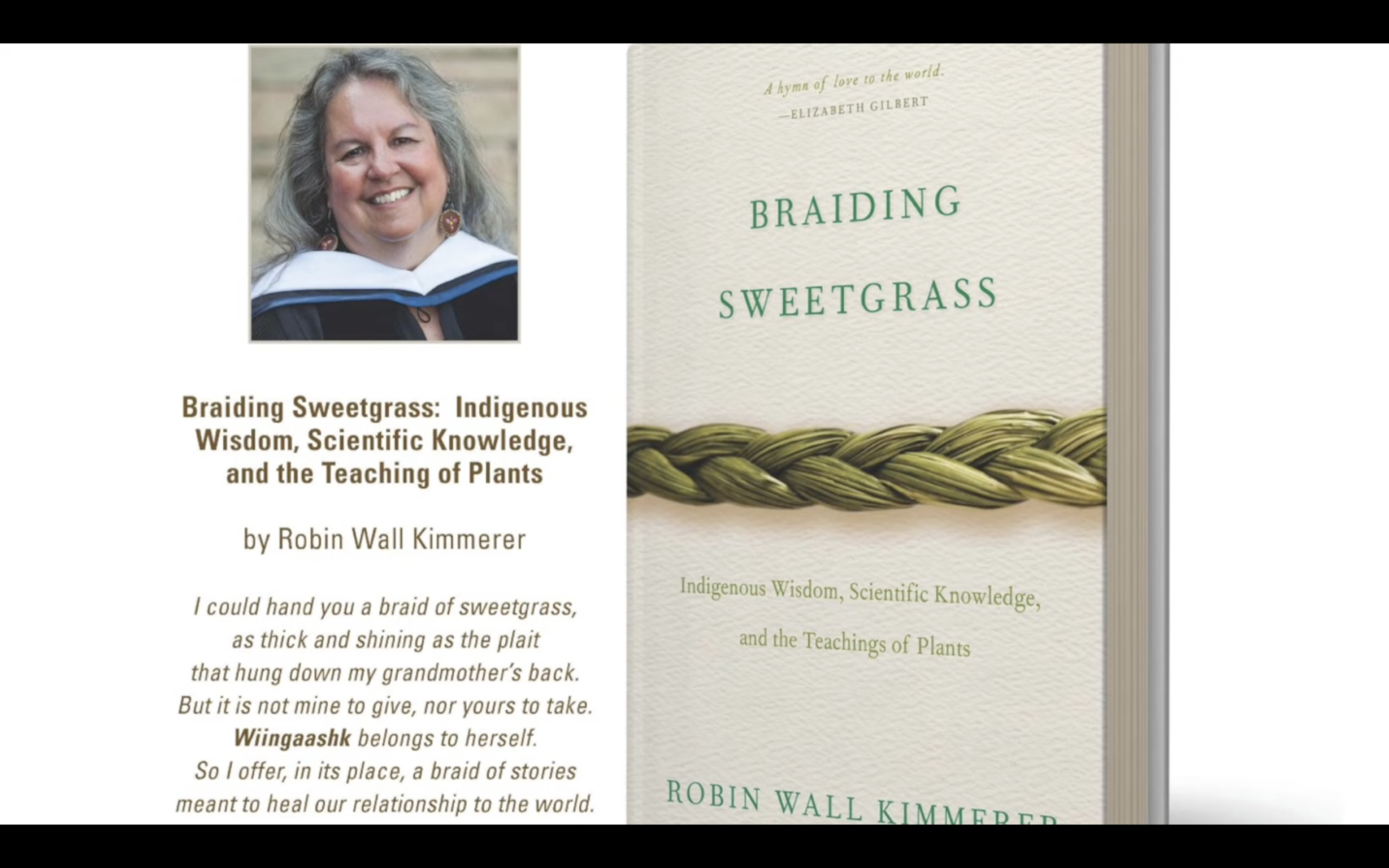 The Public Good Reads program has announced the new Common Book for the next two academic years, 2022-2024. The book selected is “Braiding Sweetgrass: Indigenous Wisdom, Scientific Knowledge and the Teachings of Plants” by Robin Wall Kimmerer. The book was selected through a survey, which was conducted by the Common Book Committee, with the theme of “Native Voices.”

“For two years, we can actually center on Native [American] voices due to this book because everybody deserves to be heard,” said Amy Lagers, a librarian for Tulsa Community College Metro Campus, and one of the chairs for the Common Book committee.

“Braiding Sweetgrass” examines the relationships between humans and the land. It also tells of the importance of plants in not just Native American traditions but Western traditions. Robin Wall Kimmerer is more than just an author. She is a mother, a botanist, a decorated professor, and an enrolled member of the Citizen Potawatomi Nation. Kimmerer received the Sigurd F. Olson Nature Writing Award for her book back in 2014. “Braiding Sweetgrass” has received the best-seller awards among The New York Times, The Washington Post, and Los Angeles Times.

The book was selected thanks to the survey conducted last year by the Common Book committee. “The committee sent out three surveys,” said Lagers. “We met as a committee, and we thought we could make the process a little bit easier if we had more target nominations. We discussed what we think is a topic of conversation we wish we could have at the college.”

The committee decided on four themes and Native American voices was one of the choices. “And Native voices overwhelmingly were what everybody wanted to talk about,” Lagers explained. Then another survey was sent out for a call of suggestions for titles of books pertaining to the theme.

The committee went through every suggested title. Then the committee members read and identified the books that they wanted to review for consideration. “The committee broke up the reading, we all read different ones and came back together to talk about it, then produce our four finalists. And “Braiding Sweetgrass” was the winner,” said Lagers.

The survey helped the committee to receive more student and faculty feedback. “The feedback we’ve gotten was an appreciation for actually giving people a chance to tell us what they wanted to read about,” Lagers said. The feedback offered insight from a wide range of titles and themes to select from and made the survey much easier.

Lagers explained why she enjoyed the book, “I really like how it is set up. Kimmerer starts with a collection of stories that can be from her culture or her life, children, or memory. Then ties it to something from the ecology of plants, to taking care of the earth.”

“Braiding Sweetgrass” is available at each campus library. The availability of the book at each campus is from a recently received grant that helped acquire multiple copies. The grant was a $10,000 award from the American Rescue Plan: Humanities Grants for Libraries, which was received in March. This is an initiative from the American Library Association that was made possible with funding from the National Endowment for the Humanities through the American Rescue Plan Act of 2021.

These new funds will help purchase more printed and digital copies of the book for the library’s collection, as well as support public events with the book’s author and exhibit. Students can pick up a copy of “Braiding Sweetgrass: Indigenous Wisdom, Scientific Knowledge and the Teachings of Plants” by Robin Wall Kimmerer at the TCC library.