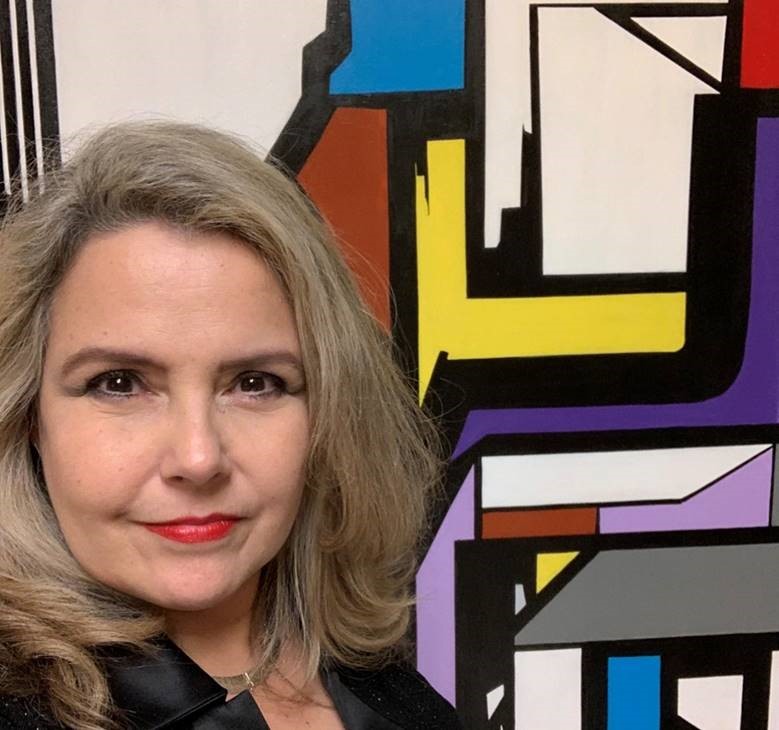 Fernanda Thompson moved to the United States from Brazil, and from 1996 to 2020, she taught Portuguese language courses at Tulsa Community College (TCC.) Portuguese is the “official language…in Brazil [which] is the world’s most populated Portuguese-speaking country followed by Angola and Mozambique,” according to the World Atlas.

Thompson also curated the shows of the Student Union Art Gallery from 2011 to 2019. Her career in visual arts was progressing. In 2020, Thompson became the program director for a non-profit organization, Tulsa Girls Art School. The organization was founded in 2007. It offers art classes to Tulsa girls in third grade and older.

In December 2021 – January 2022, Thompson presented an exhibit, “Phases of a Life,” which consisted of 18 pieces. The exhibition was a result of hard work for the last several years. The artist evolved from a realistic portrait painter into an abstract art avant-gardist.

“My art depicts my life experiences,” says Thompson. “My tropical art illustrates my childhood in my country of origin – Brazil.”

“The Tulsa cityscapes series depicts my love for Tulsa,” she continues. “All my inner self journeys are represented by my abstract pieces; and finally, my search for my biological family is recognized in my Motherhood pieces.”

“After becoming a mother, I discovered that I, myself, had been adopted as an infant, and this combination of powerful emotions inspired many works on the theme of motherhood and families,” Thompson adds.

The paintings “November Baby” and “To Be” depict very tender motherly feelings toward a baby. Curved lines, flowers, and muted tones are used by the artist to create the atmosphere of maternal love.

Thompson says that the main characteristics of her artistic style are “bright, bold colors, well-defined lines, and geometric shapes.” It is well shown in the paintings included in the “Postcards of Tulsa” collage, which is dedicated to famous Tulsa attractions, such as the BOK Center or The Golden Driller.

Thompson says that besides “The Artery,” her art is also displayed on her website www.FThompson.art, on Facebook and Instagram under FThompsonArt identity. Some of her art pieces can be found in “The Gallery” at The Market store, 8281 S. Harvard Ave. in Tulsa.

Thompson has had a variety of experiences in her life. She was also fascinated by the performing arts and literature. The artist made a significant contribution in theatrical art in Brazil when she worked as a director, playwriter, and costume designer at a public school there. She founded a drama club with 80 members who performed several plays yearly.

“I left Brazil 30 years ago, but the drama club at that school remains strong to this day,“ Thompson says. “Because of my work with the drama club in that school, I was invited to study drama as a teaching tool at the University of London in Great Britain,” she adds.

“As part of the course, I attended many plays, shows, and rehearsals. Some performed in very large theaters, others in very small stages,” the artist describes. “In both, the quality of the shows was equally impressive.”

In addition, Thompson writes poetry. She would like to share this short poem she “made for the butterflies that color her garden in the spring.” It is called “Beautiflies.”

“Beauty flies
with butterflies,
where do they go?

When they fly,
they beautify
my heart and my soul.”