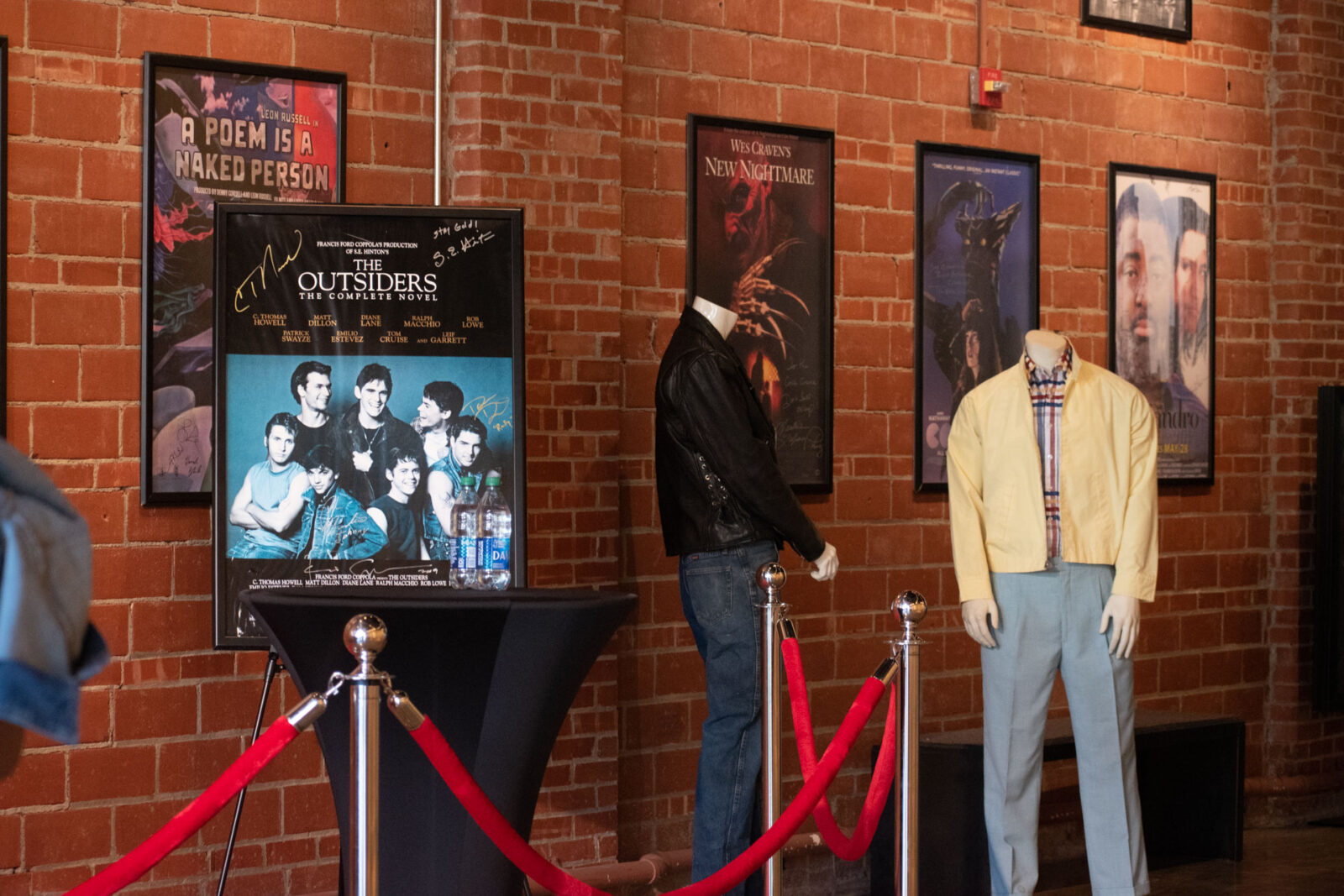 During an interview with O’Conner about the museum, he recalled seeing the house for the very first time, “I couldn’t believe it was still on earth. It was for sale and thought it’s a shame that somebody doesn’t buy this house and turn it into a museum.”

Additionally, O’Conner said, “Five years later and about 20 trips back and forth from Los Angeles to Tulsa to keep checking in on the house and falling in love with Tulsa, I decided to make a play for it.” He bought the iconic house but noticed the serious remolding it desperately needed.

“It was really in bad condition, literally almost a tear down. And I realized if I was able to do this, I needed a lot of help, so I started a GoFundMe and asked the community if they were interested in helping and they sure were.” It then took over three and a half years to completely remodel the house for it to resemble the way it looked in the movie.

Getting the remastered film back to Tulsa came through a connection with Francis Ford Coppola. When the news broke about Coppola’s production company, Zoetrope, releasing “The Outsiders: The Complete Novel Edition,” O’Connor reached out.

“We petitioned them to allow us to show it first on the lawn (The Outsiders House Museum) which they agreed. Not only did they agree, but we also convinced them that if we could make a 10-minute feature about the Outsiders House Museum and how it still serves the community and how there is still a big following, would they consider putting it on the bonus DVD, and they did.” This short film involves not only O’Conner but Kelly Kerr, the filmmaker behind the short film, and even the author of the book, S.E.Hinton.

A special plaque dedication ceremony took place on Sunday the 26th at noon, prior to the 2pm screening of the film, at Circle Cinema. The plaque recognizes Circle Cinema as a filming location from The Outsiders. Tulsa Mayor G. T. Bynum spoke at the ceremony alongside O’Connor.

In addition to praising O’Connor and the efforts to restore the Outsiders House, Bynum also applauded Jo Ellen Misakian, a librarian who petitioned with her students to turn the book into a feature film.

Misakian said, “It’s an amazing story … she finds this one book by a fellow Oklahoman, ‘The Outsiders’ … puts it in the classroom and realizes that all of the sudden, boys that are reading this book come back to her, fired up about reading.”

As a result, Misakian organized a petition effort, which eventually influenced Coppola’s decision to make the film. The mayor later went on to present Misakian with a key to the city as a thanks for her efforts.

The Sunday screening sold out for the film, and encore presentation was held on September 29th. Tickets included the movie and a special reception prior to each showing. A limited-edition “Stay Gold” branded journal, an introduction to the film by Danny Boy O’Connor, a short film about The Outsiders House Museum, and a special question-and-answer session with Jo Ellen Misakian, the woman instrumental in getting “The Outsiders” film made back in the early 80s, was included.

When asked about the significance of the film returning to Tulsa, O’Conner had this to say, “It’s just another wonderful chance to watch, you know, a classic movie at [a] classic location in a classic city. Any chance we get to do that is a good day in Tulsa.”