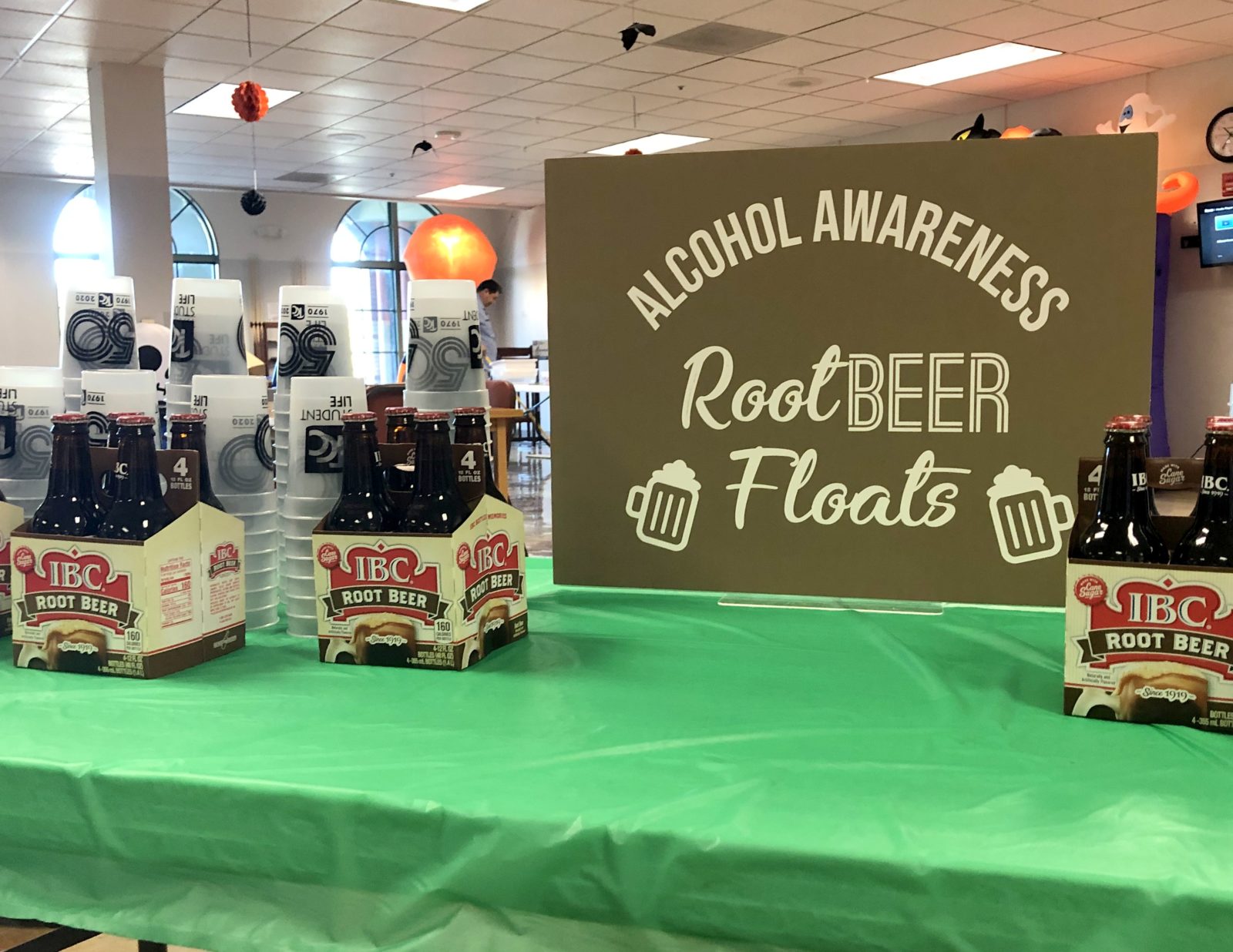 On October 17, TCC’s West Campus hosted an event to promote alcohol awareness. This event, organized by Jennifer Champion, the assistant director of student life at West Campus, substitutes alcoholic drinks for tasty root beer. According to Champion, “alcohol remains the number one drug of choice for America’s youth, and is more likely to kill young people than all illegal drugs combined.” Every semester, the campus hosts an alcohol awareness event. This semester, Champion had the idea to have root beer floats. She states that the floats are a great way to “entice students to come to the student union.” While in the student union, students were able to learn about how alcohol affects their body by viewing infographics and using interactive displays. There were also community resources available for attendees.

The event did not stop at alcohol awareness. Champion also explains the importance of being aware of date rape drugs. Date rape drugs are a type of drug used to make rape or sexual assault easier. These drugs are typically put into drinks without people knowing and can cause confusion. This leaves people less able to defend themselves against unwanted sexual contact. AT the event, Champion provided “What’s In Your Glass” giveaways. The items given away are known as “date rape detectors.” The date rape detectors have two test pads to check if a drink has hidden drugs.

The event was not entirely formal. There were games available to play. One of which was Mario Kart with a twist. Players wore drunk goggles while playing. Drunk goggles are a type of eyewear that warps regular vision to that of a drunk person. Other games included “Drunkopoly,” a spin on the classic board game Monopoly, and Operation.

Overall, the event was a success. If you were unable to attend this event, worry not. Another Alcohol Awareness event will take place next semester. If you have any questions regarding alcohol and drug safety or the date rape kits, contact Jennifer Champion (jennifer.champion@tulsacc.edu).