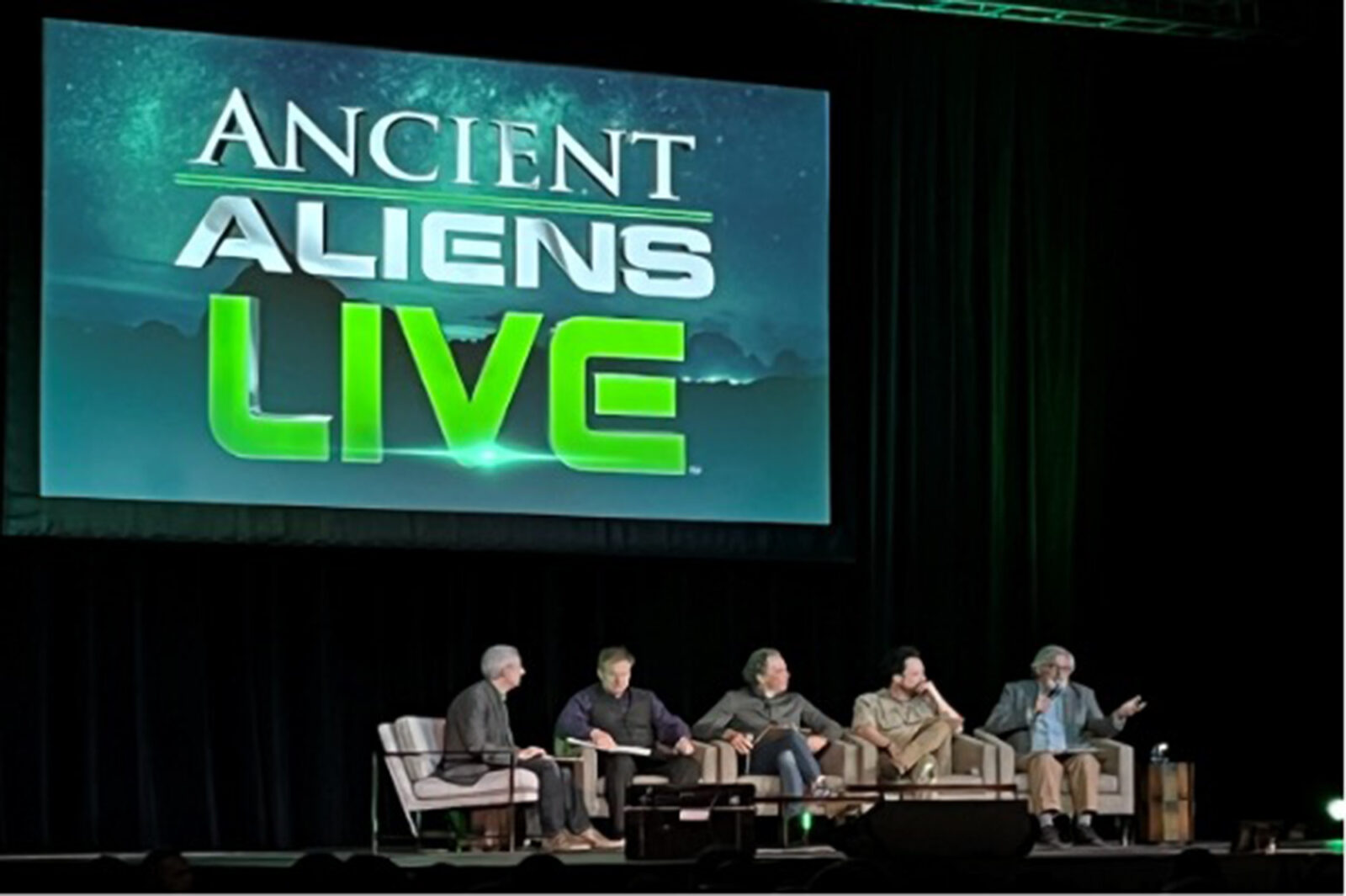 Being held at the Cox Business Center in Tulsa, OK, is a discussion by investigators of the extraterrestrial including acclaimed Legendary Times magazine founder and host of popular television series “Ancient Aliens,” Giorgio Tsoukalos. Tsoukalos is discussing topics such as the Ancient Astronaut theory with the likes of professionals in the field of UFO disclosure such as aerospace engineer, Dr. Travis Taylor, investigative mythologist William Henry, UK government investigator Nick Pope, and the “real life Indiana Jones” himself, author David Childress.

These Nazca Lines, and even other monolithic objects such as the Great Pyramid’s, Stonehenge, and Puma Punku’s blocks were also discussed. The team of researchers displayed to the audience clips from the popular TV series “Ancient Aliens,” and they also conversed on the recent UAP sightings that have been recorded by the US Navy.

The investigators concluded that we do not have the technology to do what these videos, which depict mysterious flying objects such as the Tic Tac shaped UAP Navy sightings, can do. For example, flying into the ocean off the coast of Puerto Rico at high speeds of up to 74 mph. and flying out of it unscathed. “It hits the water at 74 mph., does not make a splash, does not make a wave, and continues to go in and out of the water at 74 mph. The amount of drag on that object would be the equivalent of a Bezos 7 rocket engine. That is the thing, we do not have any technology that can propel something like that underwater. What is this thing? Or what out of the world is this thing?” Questions aerospace engineer, and science fiction author, Dr. Taylor.

The audience, consisting of about 1,500 people, gave out applause and listened openly to the acclaimed researchers. The road to disclosure discussed at this event will be held in Tulsa next year as well.