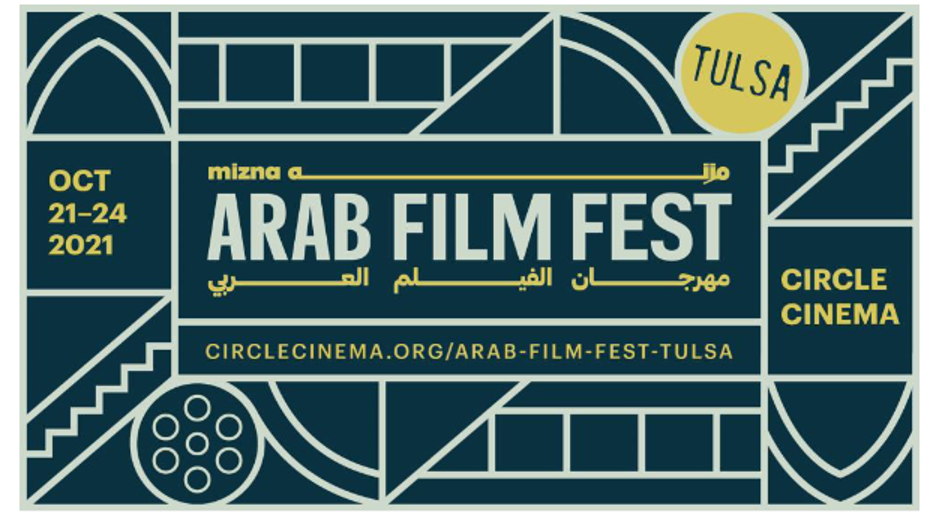 Circle Cinema hosted the Arab Film Festival from Oct. 21-24. The festival was presented by Circle Cinema, Tulsa Artist Fellowship, and the award-winning Arab American arts organization known as Mizna. Six films were screened over the four-day festival that represented the unique Arab and Arab American experience through the art of film.

The festival kicked off on Oct. 21 with the Egyptian film “Souad.” The feature included a pre-recorded question-and-answer session with the film’s director, Ayten Amin, and was followed by a post-film reception with live music, local food from Arab restaurants, and special guests from Mizna. The festival wrapped up on Sunday with the film “1982,” directed by Oualid Mouaness from Lebanon.

A connection with Moheb Soliman helped organize the partnership with Mizna. Soliman is an interdisciplinary artist with the Tulsa Artist Fellowship. “I was looking for a project that I thought would be really unique and special that could make an impact in Tulsa,” said Soliman. Soliman was the organizer of this year’s Arab Film Festival and was the former program director for Mizna. In that capacity, he was able establish this new connection for Tulsa. He explained, “It seemed like a great partnership that could happen, and Circle Cinema obviously was the best and only place to do that.”

This partnership involved Lana Barkawi, executive and artistic director for Mizna and producer for the Twin Cities Arab Film Festival. Barkawi came to Tulsa for the first three days of the festival as part of Mizna’s venture to tour the festival.  “Over the years the Arab Film Festival developed in the Twin Cities. The cinematic program identified with audiences of its own community. Specifically, she reached out to representatives with the Arab, Southwest Asia and North Africa (SWANA) community.”

Barkawi expressed the need to distinguish between geographic regions. He believed broader consideration should be given to referring to the area as just the Middle East. “We like to use a decolonized framework of actually calling it in southwest Asia because it is that part of Asia and of North Africa.”

On Friday, Barkawi spoke before the screening of the film. She introduced the film and read the mission statement of Mizna, “Mizna is a critical platform for contemporary literature, film, art, and cultural production centering around the work of Arab and SWANA artists. For more than 20 years we have been creating a decolonized cultural space to reflect the expansiveness of our community and to foster exchange, examine ideas, and engage audiences in meaningful art.”

This was the first time for Mizna to tour the film festival outside of the Twin Cities.

“Touring the festival was something we’ve often thought about and we’ve done it in small ways within Minnesota, but this was a great opportunity to bring it to a brand-new state and an art loving community in Tulsa.”

For those who missed the films featured at the Arab Film Festival, there are ways to gain access to these films. The Mizna Film Series is a monthly selection of programs. This is a first for the organization having a year-round curated film program online. “The way that we manage it is that in Minneapolis, the fourth Wednesday of the month, local audiences come to the theater and watch the film. But then that Thursday through Sunday, the fourth weekend of the month, it’s available.”

Check out Mizna here for its online film program. It has other great content by Arab artists.