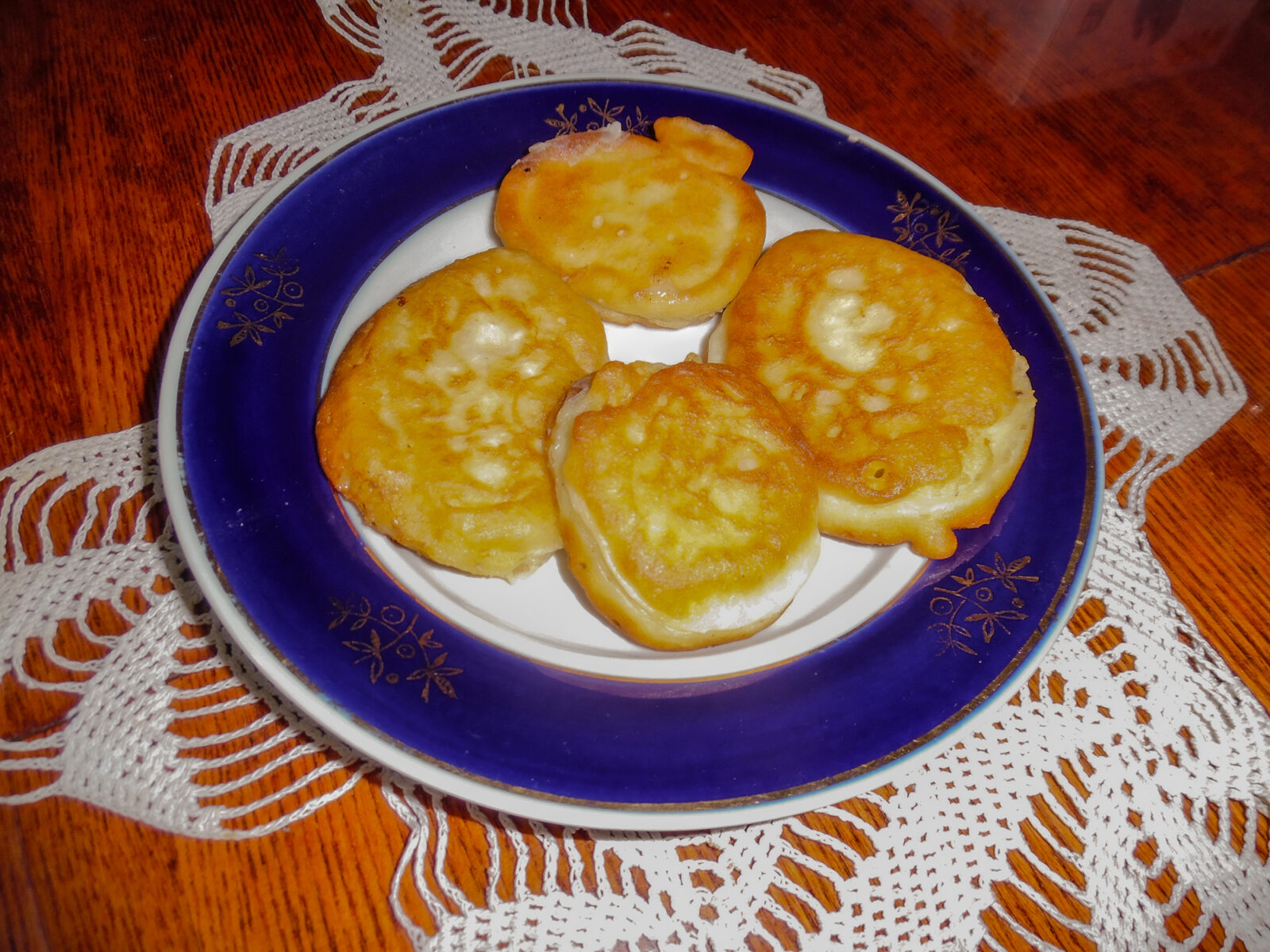 Olad’ya is small size pancake or fritter and a popular breakfast meal in the former Soviet Union. The recipe of olad’ya was passed from babushkas (grandmas) to vnuchkas (grandaughters) in that part of the world for centuries. Olad’ya is usually about two and a half inches long and two inches wide.

Here is a recipe I brought from Kazakhstan, a republic of the former USSR. (Kazakhstan shares long borders with Russia in the north and with China in the south.)

Break two raw eggs. Add a half of a teaspoon of salt and a half of tea spoon of baking soda into the eggs. Start to shake up or whip the mix. Pour 300 grams (one and a half cup) of kefir (buttermilk), continue to whip. Then, add flour in the mix to create a semi-liquid dough, which looks like a thick sour cream.

Turn on a stove to low heat. Pour the cooking oil on to a pan. Place the dough on the pan using a tablespoon so the fritters stay one and a half centimeters apart from each other. Increase the stove’s heat to medium temperature. Use a cooking spatula to turn the olad’ya from one side to another. Fry until the pancakes become yellow or brownish.

Olad’ya is usually served with sour cream and sugar or honey, or jam. Bon appetite!