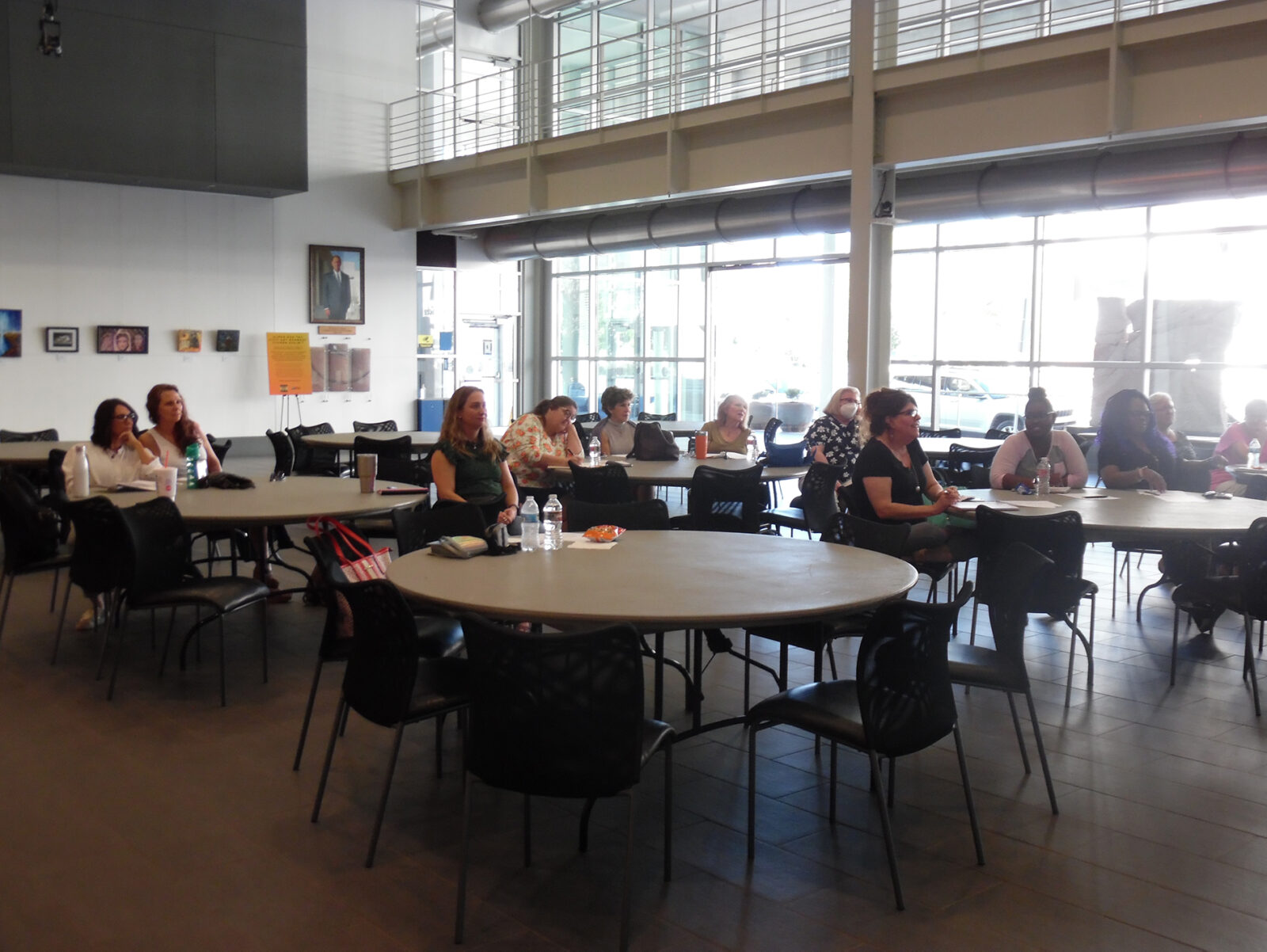 The Oklahoma-based organization “OK, So” conducted a series of workshops about storytelling. One of the meetings occurred at Tulsa Community College’s (TCC) Center for Creativity on Aug. 4, 2022.

“OK, So” is a part of a national movement of storytelling enthusiasts grouped around the non-profit organization, “The Moth,” which is based in New York. “The Moth” and “OK, So” organize monthly contests and provide tutorials on storytelling.

At the TCC’s workshop, members of the “OK, So” shared secrets of successful short story writing. The secrets include at least one vivid scene in the story; using your senses; humor, poignancy, and action; and describing the change, which a protagonist is experiencing in the story.

As an example, Sloan Davis, an associate professor in literature and creative writing at TCC, presented his humorous story about a man who went through an unfortunate date.

An opportunity to listen to more exciting stories and to take part in story slams was offered to the audience on the website The Moth and OKSO Tulsa. “OK, So” and “The Moth” also have an active presence on social media.