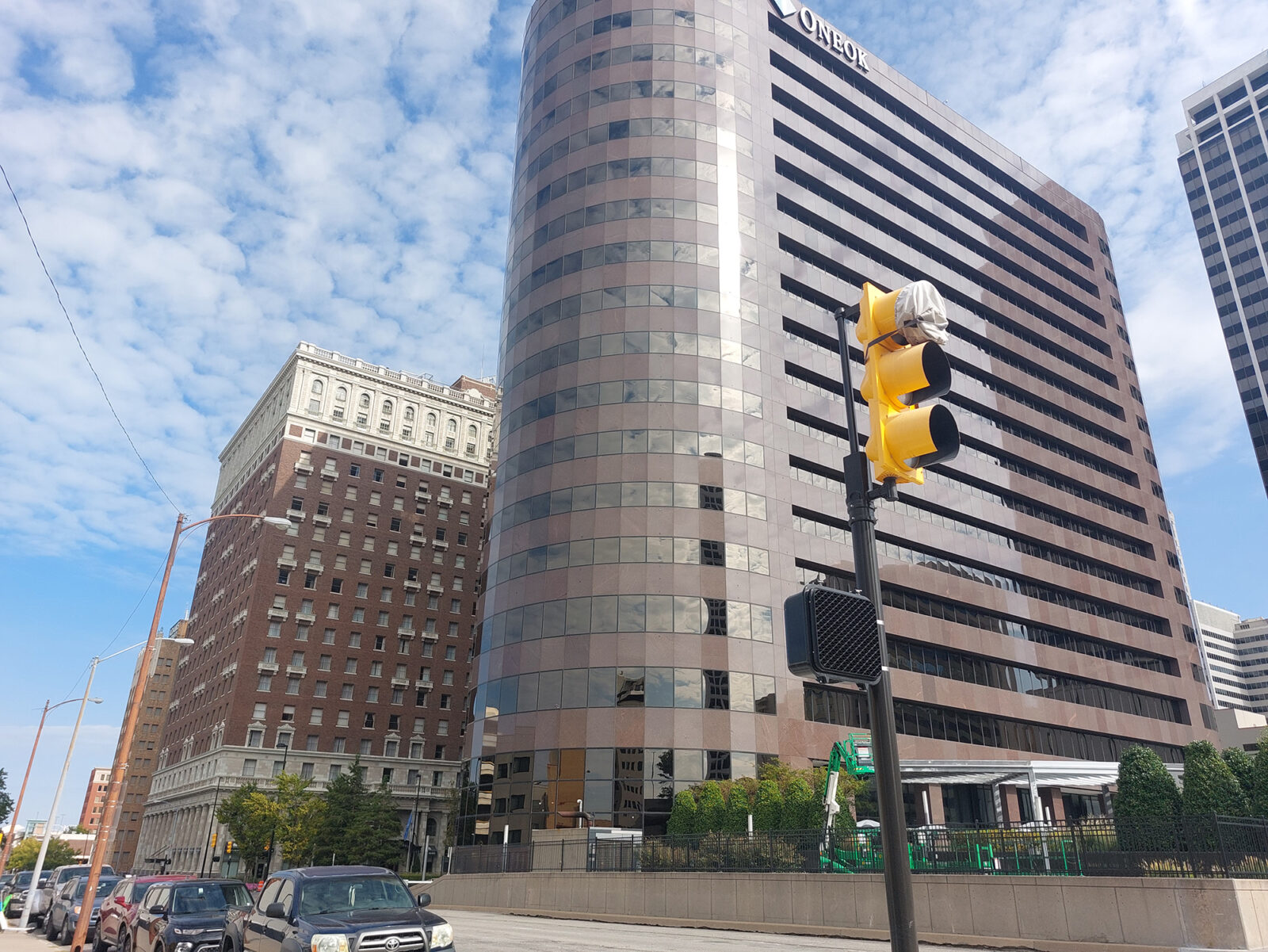 On Oct. 8, the Tulsa Foundation for Architecture (TFA) held its tour “Moving into the Modern: With Architect #1,” touring through the buildings of Leon B. Senter. Senter is a world-renowned architect and is considered to be the dean of Oklahoma architects according to TFA.

TFA is providing the tour as a part of its efforts to “(champion) the art of good design and celebrates Oklahoma’s architectural heritage through education, advocacy, and archives.”

As Dr. Amber Litwack, executive director of TFA, explained, “This tour tells the story of how modern design was the logical next step after art deco by following the work of one architect.”

Modern architecture is less popular than older architecture in Tulsa, and the intimate tour reflected this difference. Ellen Stanley, the creator of the Senter tour, said, “About five years ago, a tour guest asked if we ever focused on just one architect. I liked the idea and decided to write a tour just about Leon Senter. There are more buildings downtown designed by him than by any other architect, Joseph Koberling comes in second.”

Senter, who lived from March 5, 1889 to Sept. 16, 1965, was brought into Tulsa during the boom of the Art Deco movement and is largely thought of now as a modern architect. Dr. Litwack explained, “Leon Senter was chosen as the focus for this tour because his style always mirrored the style of the day. In 1925, Senter also became the first licensed architect in the state of Oklahoma.”

During the practice on their tour on Thursday, Stanley mentioned that the story of mid-century modern is about highlighting things architects typically hide. For example, the parking garage of the Bank of America Financial Center, 515 S. Boulder Ave., is encased using the marble of

Michelangelo’s David. The statue, depicting the biblical statue of David prior to his battle with Goliath, is considered a masterpiece of Renaissance art.

Another example of art deco in downtown Tulsa is the elevator shaft of the Petroleum Club Building, 601 S. Boulder Ave. It is an element that would have been hidden in previous architectural movements. Within modernism, the elevator shaft protrudes out, announcing its purpose onto the onlookers of downtown Tulsa. The TFA wants its tour participants to understand that the contrast of celebrating elements that people typically hate is at the center of mid-century modern architecture.

Senter designed both the Philcade, 509 S. Boston Ave., and the former Service Pipeline Building, 119 E. 6th St. Regina Foster, the tour guide, joked that the commissioner of the Philcade asked for a modest building, and what he got in return was an interior filled with gold plating and marble.

Senter was a fan of symmetry and symbolism in his architecture. The Service Pipeline Building shows off his visual language: the building represents the state of Oklahoma, with the blue marble symbolizing the Arkansas river and the gray and green marble standing for the green plains, or the prairie.

The story of TFA is one of architects coming together over their desire of preservation for the historic buildings that tower on the skyline of downtown Tulsa. Dr. Litwack said, “It was a time [year 1995] when downtown Tulsa had been abandoned, historic buildings were leveled, zoning codes favored the automobile, and there was a lack of overall vision.”

TFA provides expertise and leadership in historic preservation, urban design, and architecture. And as the nonprofit expanded, the TFA has focused its advocacy on tax credits for historic structures, a federal tax program that encourages private sector rehabilitation of historic buildings.

As Litwack noted, TFA commissioned a study of the effectiveness of the Historic Tax Credit program and, “study findings strongly support retention of the program: a fiscally responsible incentive, the Historic Tax Credit program has been remarkably successful in creating jobs, generating tax revenue at the state and local level, and bringing vacant buildings back to life to the benefit of cities and towns across the state of Oklahoma.”

TFA also has a wealth of archived information, nearly 60,000 inventory pieces, about the city’s architectural history. The George R. Kravis II Architectural Archives has original architectural drawings of most of Tulsa’s buildings and residences, as well as architectural periodicals dating from 1920 to 1980, newspaper clippings, photographs, project specifications, and artifacts. Researchers, historic property owners, architects, and students often use the architectural archives to gain information about Tulsa’s history.

The hope of the organizers of the modernist tour is that one day Tulsans will appreciate the modernist architecture of their city.

More information about the TFA and their tours can be found on its website, https://tulsaarchitecture.org/