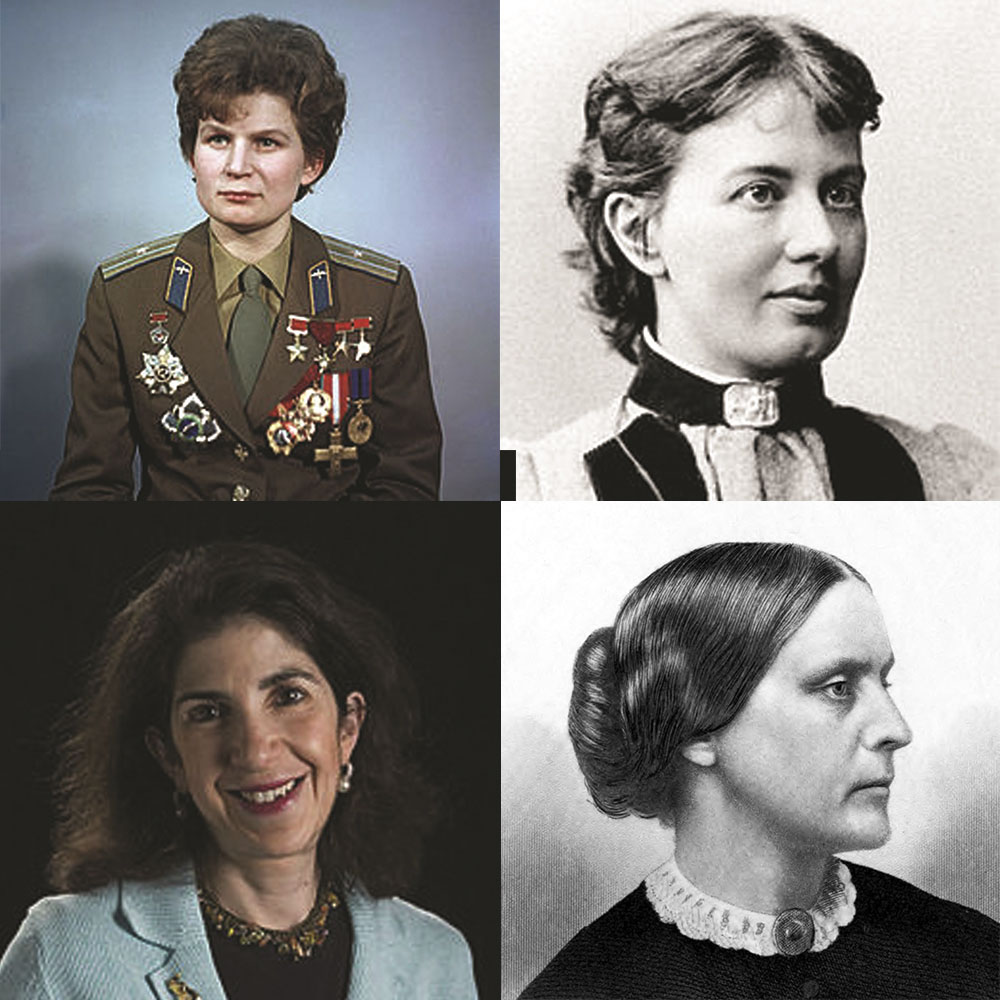 This short listing is dedicated to all women because of International Women’s Day, which is traditionally celebrated on March 8.

The first time Women’s Day was organized by the Socialist Party of America in New York City was in 1909. Celebration of International Women’s Day has been a part of the women’s movement for equal rights.

The list below is just a brief reminder that the world would not be where it is now without those strong, educated, clever and talented women.

Susan B. Anthony (February 15, 1820 – March 13, 1906) was an American social reformer and women’s rights activist who played a pivotal role in the women’s suffrage movement. In 1878, Anthony and Elizabeth Cady Stanton, a social reform activist, arranged for Congress to be presented with an amendment giving women the right to vote. It was eventually ratified as the Nineteenth Amendment to the U.S. Constitution in 1920. Photo submitted.

Valentina Tereshkova (born March 6, 1937) is the first female astronaut in the world. On June 16, 1963, she piloted the Soviet (Russian) spaceship Vostok 6 and became the first woman in space. Photo submitted.

Fabiola Gianotti (born October 29, 1960) is an Italian physicist. She conducted research and confirmed that the smallest particle in the world, the boson, exists. The largest part of the universe, called black matter, consists of bosons, according to Gianotti’s finding. Photo submitted

Lynn Povich (born in 1943) is an award-winning journalist and the author of the book “The Good Girls Revolt: How the Women of Newsweek Sued Their Bosses and Changed the Workplace.”  She is one of the activists of the feminist movement in the 1960s and 70s and helped to stop discrimination of women in the workplace. Photo submitted.

Sofia Kovalevskaya (Jan 15, 1850 – Feb 10, 1891) was a Russian mathematician and significantly contributed to analysis, differential equations and mechanics. She was also the first woman appointed to a full professorship in northern Europe, and one of the first women to work for a scientific journal as an editor. Photo submitted.

Editor’s Note: The above listing was compiled for publication in March 2021 as part of Women’s History Month and International Women’s Day. The series consists of two installments.