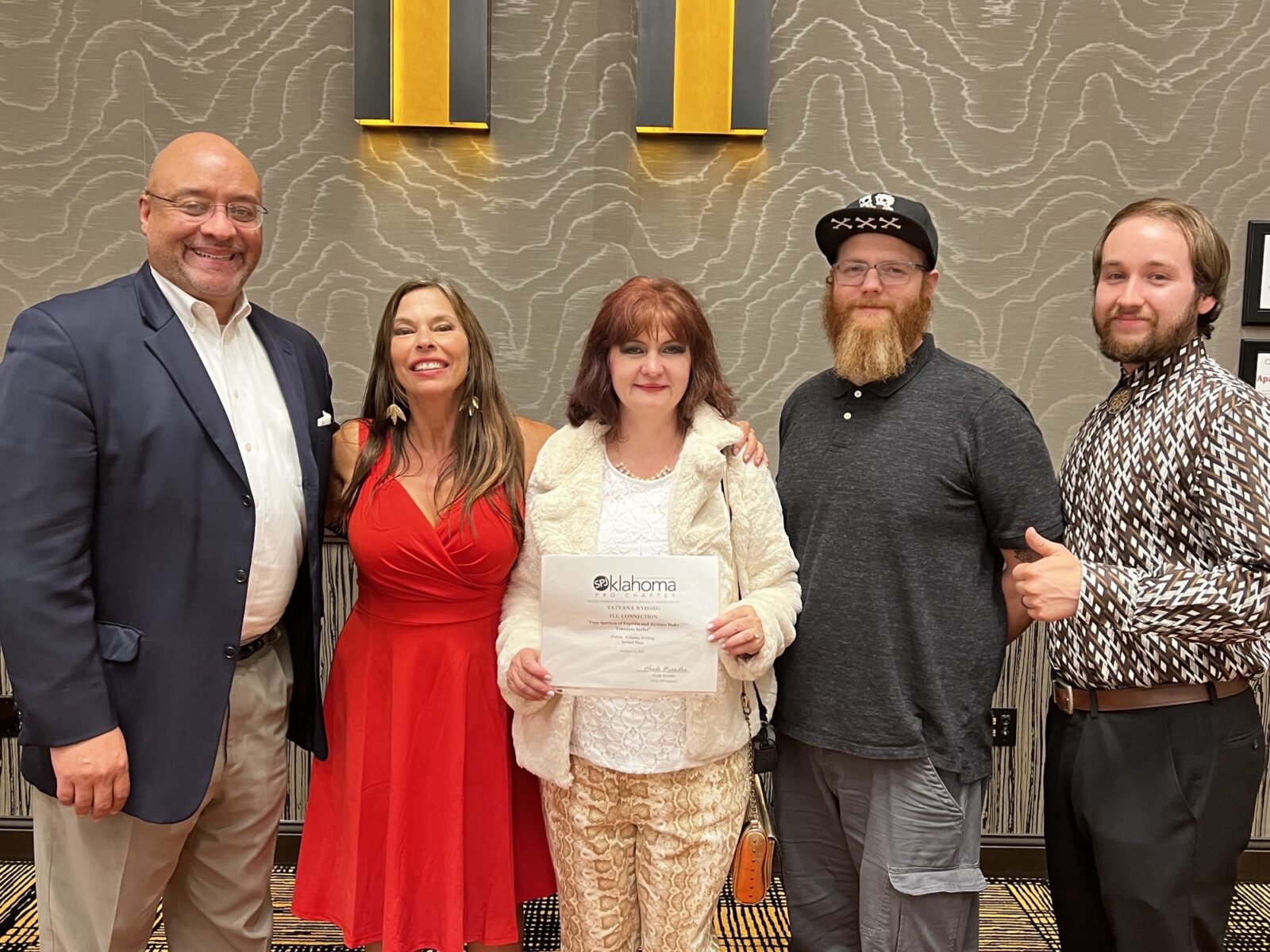 Dozens of professional and collegiate journalists and representatives from related communication fields joined to celebrate the accomplishments of their colleagues at the annual Oklahoma Society of Professional Journalists (SPJ) Pro Chapter.

“I am very excited to receive the award,” said Nyborg. “In the SPJ’s contest, we competed with journalists from the Tulsa World, The Oklahoman, and other professional and collegiate publications in the state, and it is not easy.”

“It took about a year to conduct my investigation on consumer rights’ violations in the field of online airline ticket booking during the pandemic,” added Nyborg. “The facts I found were egregious, and it pushed me to write the stories.”

Before the awards banquet, SPJ offered four continuing education classes for the journalists, communications professionals, educators, and students. The TCC Connection members attended workshops on freelancing and video editing. Freelance writers, Heidi Brandes and Ben Fenwick, who contribute to The New York Times, National Geographic, and Reuters, shared their secrets how to become a successful freelancer. They stated that a freelancer has to sell at least 10 stories and pitch from 20 to 35 story ideas to different publications monthly in order to make a living.

Rick Allen Rippert, who taught at various Oklahoma colleges, presented a brief video editing course for conference attendees. To record a quality video, a journalist should be equipped with a phone rig or DSLR camera, tripod, external microphone, light, headphones, and adapters, according to Rippert. He strongly recommended to shoot videos horizontally and hold shots at least 10 seconds, etc.

Gray said, “The workshops and awards banquet were informative and inspiring.”

Gray and Watson recommend TCC students who are interested in journalism to participate in the SPJ’s contests and seminars. To learn more about SPJ, go to www.okspj.com.