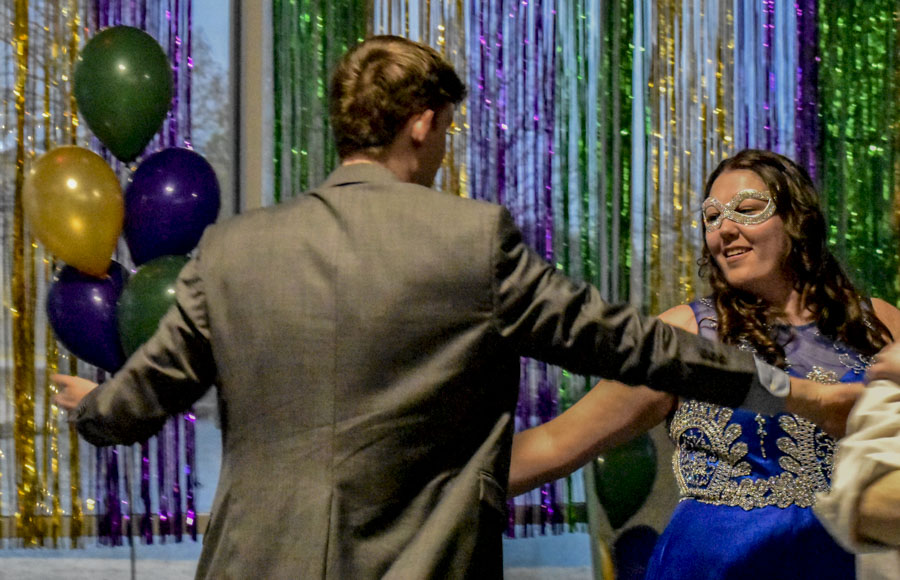 “The idea for the masquerade event started at our Campus Activities Board (CAB) Christmas party. I wanted to make sure we had an event planned for February. So during our party, I asked my team what they wanted our event for the month of February to be. We threw around several ideas before deciding on the Masquerade party,” Jonica Rosette, Director of Southeast Campus Activities Board  said.

Rosette said the committee discussed the meaning of Lent and decided to incorporate it into the event and suggested a masquerade event. Southeast CAB began planning the event the second week of December and the first major hurdle was finding the event space. Luckily, the CAB advisor, Andrell Bailey was able to help secure the Chat Room in the Southeast Campus Building 9.

When asked the theme of the event, Rosette said, “With every Mardi Gras ball a Greek God or Goddess is selected, so that was our next decision.  Our team unanimously choose Athena, the goddess of wisdom, courage, and inspiration as the deity for our ball.”

“The Southeast CAB wanted TCC students to be able to bring non-TCC students, so there was a need for tickets.”

CAB is not permitted to do fund-raising, therefore we had to partner with another organization. Harrison Hardman,  president of AASA, agreed to co-host the event.

For entertainment, there was Tiger, a live deejay. Students were encouraged to come in formal attire and there will be best-dressed contests for couples and singles.

Rosette said that CAB voted for Bread and Butter Catering/Jeffery O’Neal to provide food for the event. On the menu will be Jambalaya with chicken and shrimp, kabobs, red beans and rice, beignets, and King cake.

The price of admission was $3 for both students and non-students. The tickets can be purchased in advance at any Student Life office.