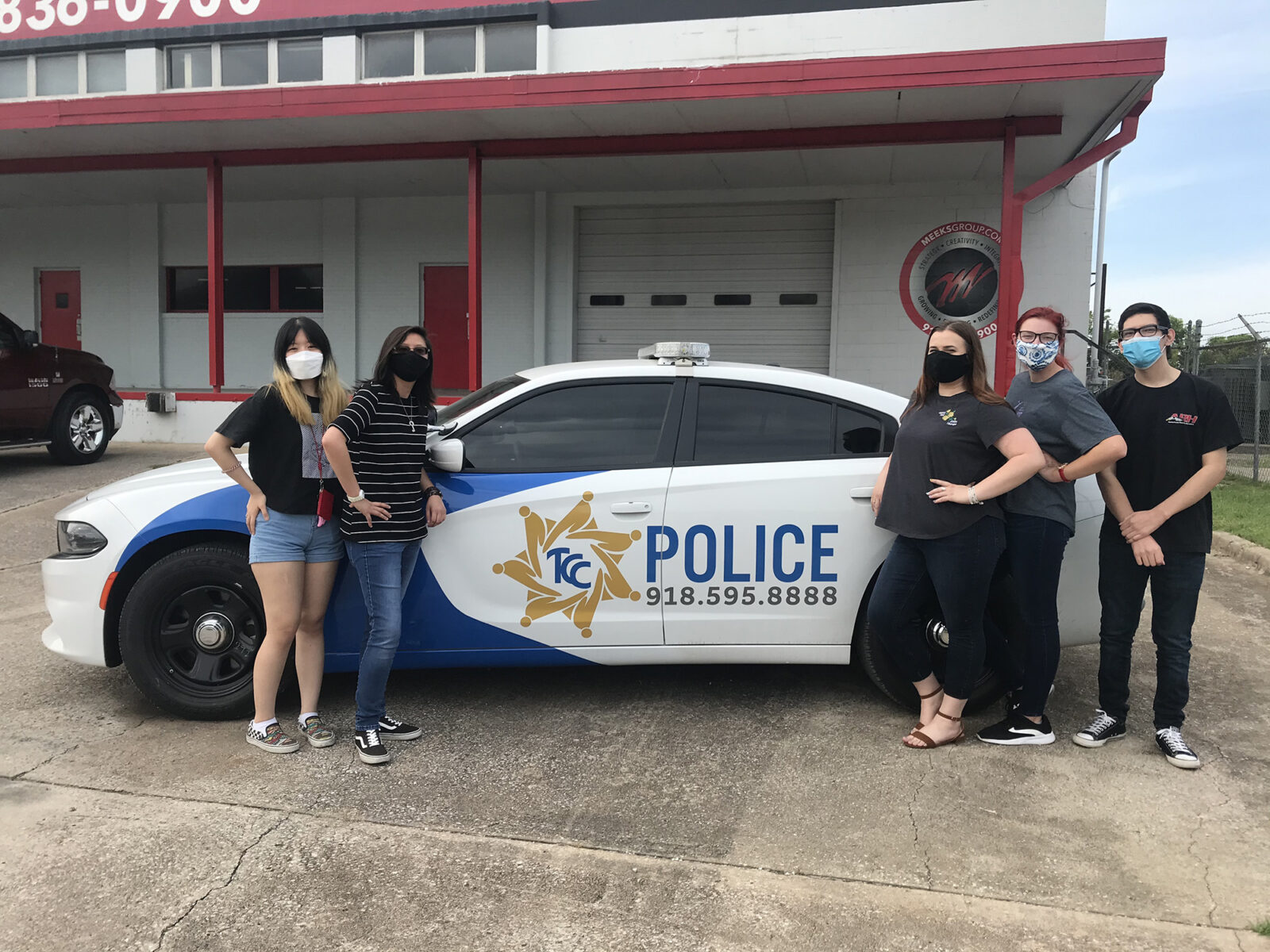 Tulsa Community College (TCC) Campus Police has changed the exterior design of its vehicles this year.

The new wrapping includes the TCC abbreviation on the hoods of the cars, elegant curved blue shapes on the sides, and “Police: Keeping Students Safe” slogan on the trunks.

TCC digital media students worked on the versions of the design during fall 2019 semester. Professors Cristina Umezawa and Kenneth Wood incorporated the project into Typography I class as a final class assignment.

“The key design objectives were to extend TCC’ s brand message “Community is our middle name,” to transition from Campus Police to TCC Police, and to build trust between students and police,” she added.

“Then, four solutions were presented to a room full of TCC officers,” the professor continued.

“The following spring semester, the project was developed by a volunteer student design group and completed in summer 2020,” she said.

“The students prepared final art for the vendor, The Meeks Group, and remained involved in the production process,” Umezawa added.

“The project proved to be a positive collaborative and learning experience bringing students and TCC police together, the essence of the rebranding initiative,” she said.

According to Umezawa, TCC digital media department is collaborating on a 1921 project for next year’s observance of the 100th Anniversary of the Tulsa Race Massacre. Professor Ken Wood’s internship students are creating brand identities for former Black Wall Street businesses and the Adobe Illustrator students are working on portraits. Both projects involve Greenwood site visits, research, design and execution.